Welcome to week 5 of the NFL. I’m Corey, co-host of the Parlay Buddy Show and the Pick’em Wars Podcast. Here’s my personal take on the 2022 NFL Season’s Week 5 spreads.

The Steelers are looking for new energy at the helm, and they believe they’ve got it lined up with Kenny Pickett being named starting QB over Mitch Trubisky. Look for this rookie QB to put up an aerial attack that will take advantage of the battered Bills secondary.  The Bills, on a pretty good roll this season, shouldn’t have a problem grinding down the Steelers D with a run focused offense. All in all, the Bills will win this one, but I don’t see it being by a full two touchdowns, Pickett should be the catalyst to bust this spread. My Pick: Steelers

The Browns two losses this season, to the Jets and the Falcons, does not exactly stoke confidence in their ability to bust this spread. The Chargers are coming off of a pretty good performance against the Texans, and while their run defense is somewhat lackluster, even without Joey Bosa they should be able to contain Cleveland’s run game. The Browns defense, on the other hand, will be struggling without their pace leader, Myles Garrett. Look to the Chargers to make good on the -3. My Pick: Chargers

Even with Justin Fields looking a little more comfortable with the passing game, the Bears offense just can’t seem to do one thing, get a competitive amount of points on the board. Meanwhile, Adam Thielen is picking up speed and Justin Jefferson continues to impress. The Vikings should have no issue taking this game by more than a touchdown. My Pick: Vikings

Without a doubt there is a glaring weakness in the 2022 Detroit Lions, the defense. Jared Goff and the offense, including second and third stringers, have actually been doing great, putting up enough points to win nearly every game provided they had an adequate group on the other side of the ball. Unfortunately, the Patriots have that advantage we should see heavy use of Damien Harris and Rhamondre Stevenson. 3 points is right in that sweet spot where the Lions tend to live lately, so with great caution, I would say that NE has the advantage on this spread. My Pick: Patriots

The New Orleans offense is still absolutely plagued with injuries, so expect Chris Olave to be heavily utilized. Unfortunately for the Saints, they seem to be hitting every single stop on the struggle bus route this season and there doesn’t seem to be any significant improvement, though they put up a decent fight in London against the Vikings, one could attribute the closeness of that game to jet lag on the Vikings side. Geno Smith has been gaining some ground, and though some will say that yes, his big performance was more than likely due to the Lions defense last week, his effective use of weapons gives me confidence they can bust the spread. My Pick: Seahawks

One of the scariest looking injuries I’ve seen in recent years happened last Thursday has led to the firing of a doctor, and investigations by the NFL and NFLPA. There’s no doubt that Tua was not ready to play and I can only hope this whole incident leads to some significant changes in the way players are evaluated. That said, it is up to Teddy Bridgewater, Tyreek Hill, and Jalen Waddle to take on the NYJ Defense, and Bridgewater couldn’t ask for better support. Zach Wilson, while providing a slight boost to the Jets offense, doesn’t have the protection or the momentum to outlast and outplay the Miami blitz maching. Look for the Dolphins to cover this spread. My Pick: Dolphins

With a Marcus Mariotta who just can’t, or won’t utilize the air game of Kyle Pitts and Drake London, and with Cordarrelle Patterson out, there isn’t much hope for the Falcons against a Bucs team that has faced a relatively tough opening schedule. Tom Brady is for sure sick of disappointment, and the Bucs offense was starting to look pretty good against KC last week. Brady should command the outcome of this game, that’s why I say Tampa winning by 9 or more is definitely a solid bet. My Pick: Buccaneers

Mclaurin and Samuel should provide the points edge to a somewhat disappointing Commanders team. The Titans just can’t seem to figure out what kind of team they are going to be this season, getting taken out by the Bills and the Giants, but clobbering struggling teams in the Raiders and the Colts. Having the home field advantage seems to be a boon for Carson Wentz this season, so I’m making a rare call in favor of Washington. My Pick: Commanders

Even with a wrecked Chargers defense, the improved effort from Davis Mills was muted by the LA run game. Meanwhile, Trevor Lawrence and company continue to impress, starkly contrasting Jacksonville’s recent history with some explosive, dominant performances in recent weeks. Consider me a convert, I have no problem saying that I believe the Jaguars will easily meet, and exceed the 7 point spread. My Pick: Jaguars

The Panthers, whose only win this season was against an equally struggling New Orleans team, also seems to be losing faith in Matt Rhule. While they have a solid defense, it isn’t solid enough to outfox Jimmy Garoppolo, who with moderate effort, should have no trouble covering the spread of -6. My Pick: 49ers

If the Cowboys coaching team is smart, they’ll let Dak Prescott take at least another week off to recover. Cooper Rush has proven that the team is in good hands in their starter’s absence, winning all three of his starts against two solid teams, and Washington. While the Cowboys run game probably won’t do great against the Rams defense, this should turn into an air show with Cooper Kupp and CeeDee Lamb as the main events. I wouldn’t put it past the Cowboys to get a pick or two off of Stafford and keep this game within 3. My Pick: Cowboys

The undefeated Eagles are heading away from the cold, wet, and breezy weather of Philadelphia and get to experience some of that dry heat, improving their chances for a good passing game against the Cardinals. While getting the passing game going, Hurts also has plenty of options with AJ Brown and DeVonta Smith on the ground. In the meantime, Kyler Murray is going to face some passing issues with routes closing due to the Philly D. -5 is a reasonable assumption and a likely outcome. My Pick: Eagles

Joe Burrow sees to have gotten his starting power back, scoring at least two touchdowns in the first half of his last two games. Against a struggling Ravens pass defense, he should follow suit in this match-up as well. That said, one can never discount Lamar Jackson, Mark Andrews, and the Baltimore WR core. The Ravens had a rough go last week against the Bills, nearly coming up with the win, though Andrews simply wasn’t able to be utilized. Even with Burrow being back in step, I see this game being close, and the spread seems to agree with me, I’m going with Baltimore winning by 3. My Pick: Ravens

Those are my personal picks for the NFL Week 5 spreads! For more in depth opinions and analysis, make sure to check out the Pick’em Wars Podcast each week. Also check out the Parlay Buddy show on YouTube for free NFL picks. Both shows released every Friday! 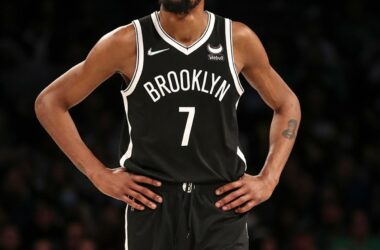 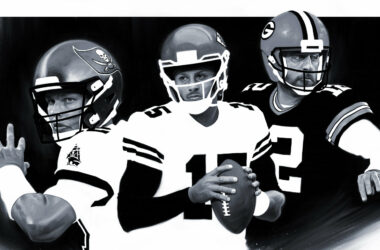 Read below as we rank all of the current NFL quarterbacks from first-to-worst. Best of the Best Patrick…