Kevin Durant has had one of the most decorated careers in the history of the NBA. He is twice a champion (winning Finals MVP both years), 12 times an All-Star, four times a scoring champion, and once each a Rookie of the Year and MVP. He is just outside the top 20 on the all-time scoring list, and will likely find his way into the top 10 by next season. The same could be said for the three point list too, as he is one KD-esque season away from being on the doorstep of the top 10 of that list. He hasn’t averaged less than 25 points per game since his rookie season. Needless to say, Durant is a surefire first-ballot Hall of Famer and will go down as one of the greatest to ever play the game. How he got there, however, has rubbed a number of players and fans the wrong way.

Durant played for the SuperSonics for a year, winning Rookie of the Year with almost 75% of first place votes. The early years in Oklahoma City were quite magical from the outside looking in. No, they didn’t win a championship, but they made a Finals appearance. Their four best players were all under 24 years old. Things were looking great for the franchise. The core of Durant, Russell Westbrook, and James Harden was destined to be a great trio for a long time. Then, money came into play.

The Thunder chose to sign Serge Ibaka to a big contract instead of James Harden. They shipped Harden to Houston, and the rest was muddy, controversy laden history. The Thunder would never return to the Finals. Injuries to both Durant and Westbrook took their toll on two separate seasons. The straw that broke the camel’s back was a Western Conference Finals loss to the Warriors, a series in which they blew a 3-1 lead. The following summer, Durant signed with the Warriors, creating one of the most daunting lineups in the history of the NBA.

His time in Golden State was electric to say the least. Amazingly enough, his per game stats stayed nearly the same after joining a team with Steph Curry and Klay Thompson. It was clear that, at the time, he was the best player on the floor. His three years there were highlighted by two championships and two Finals MVPs. It likely would have been a third of each had he and Klay Thompson both not gotten hurt in the Finals. His stint in Golden State seemed to be just a short stay in order to A) finally get a ring and B) cement his legacy with accolades a la LeBron James in Miami.

He signed with the Brooklyn Nets following the Finals loss in 2019. He sat out the entire next season recovering from his torn achilles. Meanwhile, the Nets brought in Kyrie Irving and put together a formidable roster to put around Durant when he returned. In his first season of play in Brooklyn, it was a year of turmoil. Durant returned around halfway through the season, but wasn’t close to full strength until the last month or so of the regular season. They brought in James Harden, who was unhappy in Houston, and he also struggled with injuries throughout the year. In their playoff series loss to the Bucks, both Irving and Harden missed three of the seven games. They chalked the season up to misfortune and decided to run it back with essentially the same core.

The run it back tour may have been even more tumultuous than the prior season. James Harden once again butted heads with his front office, and they shipped him to Philadelphia for Ben Simmons, Seth Curry, and Andre Drummond. While Curry and Drummond gave valuable minutes in their time in Brooklyn, Ben Simmons never saw the court due to an ongoing back injury that has since turned into an offseason surgery. The Nets were swept by the Celtics in the first round of the playoffs. With the success, or lack thereof, of this stop in his journey, it will be interesting to see what he decides to do with his future.

Throughout this whole journey (or at least a big chunk of it), Durant has gone from a lovable young star to somewhat of a villain for a lot of people. Many think that him leaving OKC to chase rings was the easy way out. As is common this day in age, many fans have taken this frustration to social media. Durant, like it or not, decided to defend himself. While this may not be a problem in and of itself, the way he went about it was odd to say the least. He created fake Twitter accounts in order to justify his leaving the Thunder. He made the mistake of accidentally responding to a tweet, thinking he was on one of his burner accounts, from his main account. Some people, myself included, don’t necessarily have a problem with this. Others think that this showed that he couldn’t stand up for himself and/or take the criticism and had to hide behind a fake profile.

When it’s all said and done, Kevin Durant will absolutely go down as one of the best players the NBA has ever seen. Likewise, he may also go down as one of the more toxic players of his generation. Love him or hate him, the ride that he has taken us on since he came into the league 15 years ago is one that will be remembered and talked about for a long, long time. 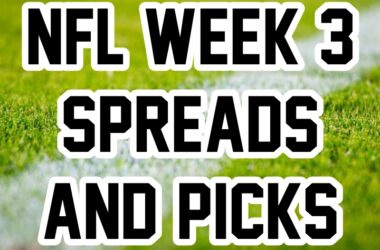 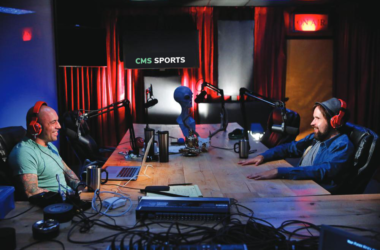 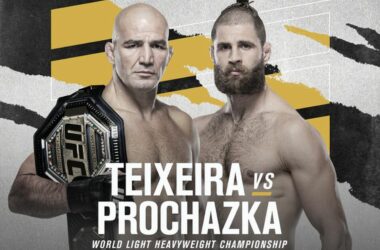